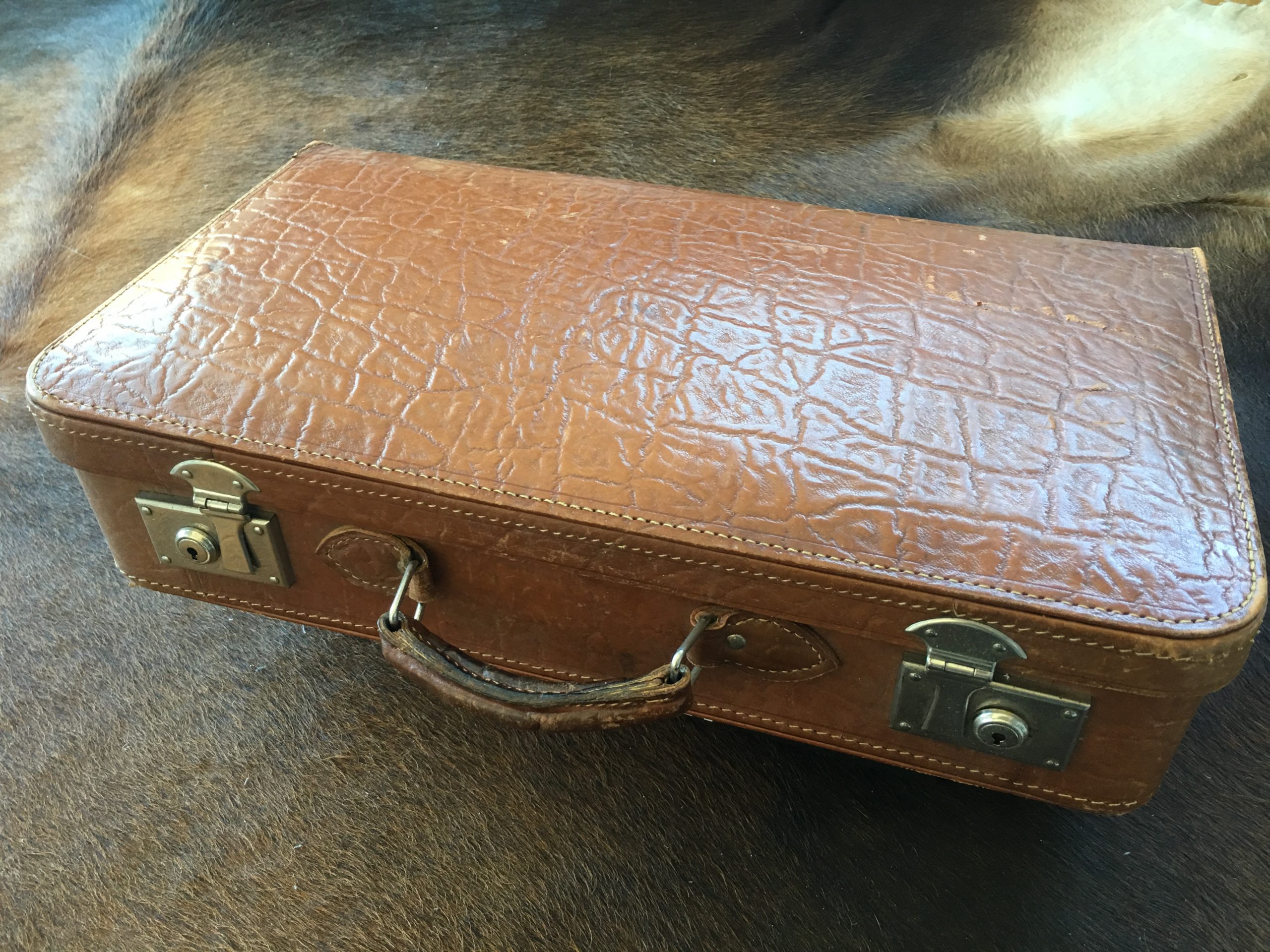 50 Reichsmark for a life

50 Reichsmark for a life

My Dad is decluttering his house as he is moving to a new place and when I last visited him he handed me a small suitcase. “This is from your grandmother; your mother took it when she passed away, but we never looked into it. It is the suitcase they put their belongings when running to the bunker during WWII bombings.”
Ok! Seems 2018 has “Tying loose ends” https://www.michaelschmeja.com/blog/tying-loose-ends/ and dealing with emotions written all over it.
A lot of thoughts ran through my head. I remembered the war stories from my grandmother. I remembered the black and white picture of my grandfather, her husband, who died in the battle of Stalingrad/Russia 1942. Cannon fodder, a simple soldier. I remembered the story, him telling everybody, that he was sure he wouldn’t come back home after his calling to war.
Do I really want to open the suitcase? Or will it be like opening Pandora’s box?
I opened it.
It contained paperwork, b/w pictures, letters my grandfather send my grandma while being at war, and a lot of other belongings.  What struck me was a savings book my mother received when her father was killed in action. I spare you the swastika cover and the perverse, heroic Nazi propaganda it had on the second page. Translated it simply said this: Here are 50 Reichsmark for the life of your Dad you can now build your future on……

50 Reichsmark for a life.

This post could go everywhere from here. The perversity of war, the current dangerous political landscape, political, philosophical and so on.

Here are the lessons I took. First, we often condemn others verbally to the point of verbally killing them or saying mindless somebody deserves death. I want to remember that every action has a reaction, a ripple effect. If somebody gets killed, somebody else mourns. The death of my grandfather had an impact on my grandmother and on my mother and eventually even on, me?
Secondly, you all have read the quote: “If you are helping one person you might not change the world, but you might change the world of that one person”.
Maybe you can take a few minutes and think about, who you need to make peace with (instead of war), where you can positively impact somebody’s life (create a positive ripple) or simply be grateful and celebrate you are alive.
Small, simple steps. Baby steps.