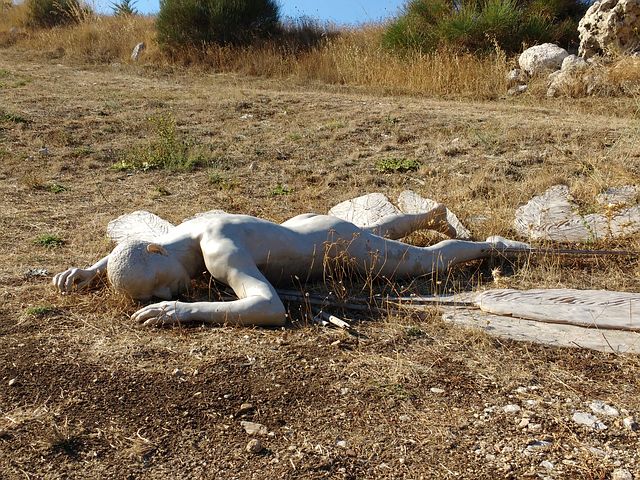 I have been listening to a talk with Seth Godin who I consider one of the greatest minds these days and the story of Icarus came up. As a reminder, Icarus was the son of the famous craftsman Daedalus in Greek mythology. His father was the creator of the Labyrinth, a huge maze located under the court of King Minos of Crete, where the Minotaur, a half-man half-bull creature lived. In order for the secret of the Labyrinth to be kept, Minos had then imprisoned Daedalus and Icarus in a tower above his palace. Daedalus managed to create two sets of wings for himself and his son, that were made of feathers glued together with wax. He taught Icarus how to fly and warned him not to fly too high, which would cause the wax to melt, nor too low, which would cause the feathers to get wet with sea water. Together, they flew out of the tower towards freedom. However, Icarus soon forgot his father's warnings, and started flying higher and higher, until the wax started melting under the scorching sun. His wings dissolved and he fell into the sea and drowned.

Seth goes on arguing that, if you asked people about Icarus most would remember that he died by flying too high, i.e. if you aim too high, if you try to break out of the ordinary you will eventually fail or die. Many do not even know that flying too low was part of the story too. However, since the start of the age of industrialization and still to the current day most people fly too low, as its considered safe. Thereby, they fit perfectly in the business model of a few who need cheap and replaceable labor to run the system. The industrialist didn’t need people changing the status quo. And for many years it was a great promise and a great deal, you do your job, you get paid, you can buy stuff which you shelf, you get a pension and eventually you die. Nonetheless, the deal is off today where we replace ever more work by automation, and we hail every innovation as the greatest deal when all it does is mostly cut out any human factor and leave the majority of people as simple replaceable cogs in a huge machine. And yet this is being ignored and we are being seduced to make more effort to fit in (Hello, social media!) creating more emptiness and unhappiness, covered up by Instagram pictures of sunsets in Santorini!

I engaged in a discussion about psychometric tests where a few people close to their fifties and older had been fired, or to say it bluntly been replaced by a cheaper (younger) cog and were now looking for a job. Part of the hiring process was a psychometric test which they failed. Of course, they claimed the test had it all wrong and if only the firm would see their proven track record, they should have had the job. Now, it isn’t on me to speculate what personal traits the company hiring was looking for but let’s take this example. Simply because 5 people can hit a nail straight in a shelf and cut a piece of wood as you have told them makes them all 5 suitable for the job, when you as a furniture company are looking for something different than a nail hitter and straight cutter!

The beauty of a psychometric test is that it shows you based on empirical evidence how others see you and which traits you excel on, or lack. Note, it’s not a judgment on you as a human being. But, it’s a great tool for oneself to see where there is room for improvement given a possible job at hand.

To close the circle, in today’s world of automation and innovation you can only excel in your job, if you aren’t flying too low either, if you make yourself indispensable, if you offer traits which aren’t replaceable by a cheaper cog. We all have those traits; psychometric tests are one way to find them and to learn from them. (I use them as part of my coaching toolkit)

So is time spend in solitude and looking inwards in the upcoming holiday season. I won’t encourage you to pose with a glass of sparkling on a boat or in front of a sunset but rather go for regular walks when the sun rises and think what makes you indispensable.